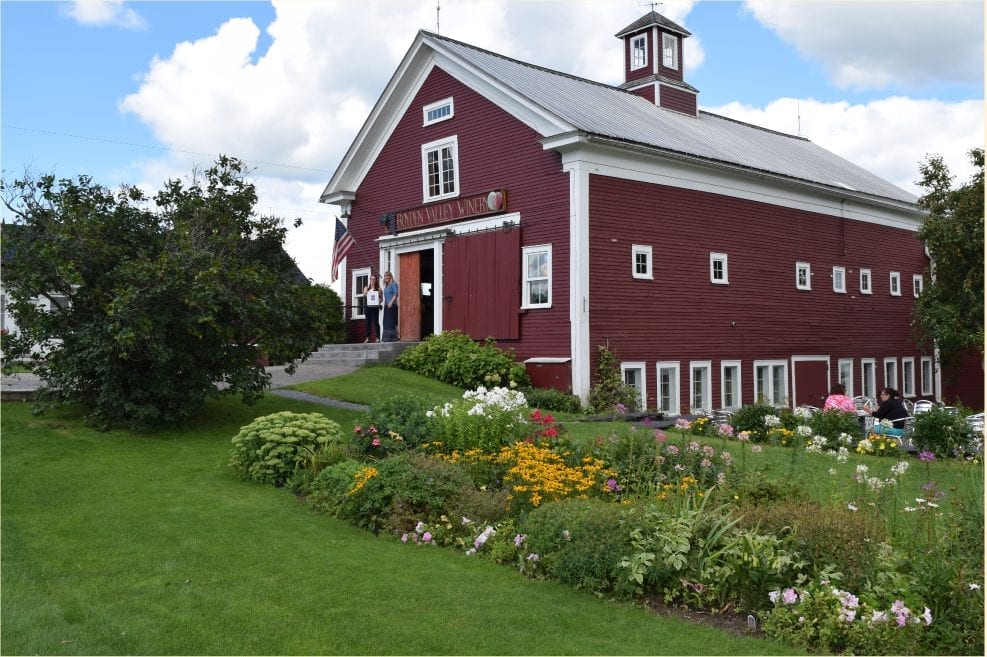 The Boyden family has been farming the 800 acres of land in the valley for over 100 years. Frederick and Phila Boyden purchased the farm in 1914 alongside their nine children with only 28 head of dairy cows. Two of those sons, Winfred and Sterns helped to maintain the farm and eventually Winfred’s son Fred Boyden took over the farm with his wife Diancy in the 1970s. Today, Fred and Diancy’s children, David, Mark and Stephanie Boyden continue to cultivate the land with beef cattle, organic corn, hay, soy beans, a sugarbush with around 10,000 taps, a wedding barn, and a vineyard with cold climate grapes, rhubarb, and a winery.